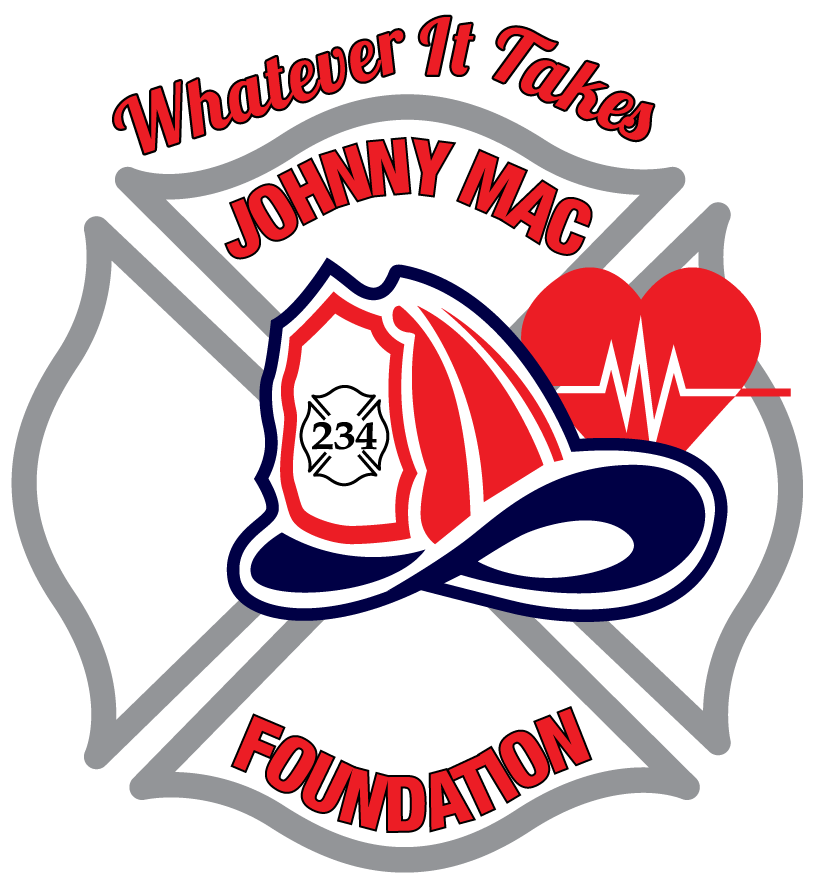 The Johnny Mac Foundation is a registered 501(c)3 non-profit organization formed by John’s wife, Jennifer after his death in August 2009 of 9/11 related cancer. John was an FDNY Firefighter and caring for others was what he did. In a list of final wishes, John asked to have a community center built in Blue Point, NY. In accord with John’s motto “whatever it takes,” the Foundation now works tirelessly to fulfill that wish. In addition, the Foundation supports other 9/11 first responder organizations. John’s last wishes were written down and electronically scanned. 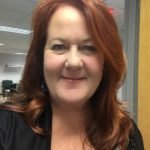 Jennifer McNamara is the widow of John McNamara who, with her 16 year old son Jack, lives in Suffolk County, New York.  When John died, Jennifer began to fulfill her deathbed promise to him to continue his mission. To that end, Jennifer has been a voice on behalf of 9/11 responders, appearing at various public events and doing numerous interviews to raise awareness about sick and dying men and women. She also created and is the driving force behind the FDNY Firefighter John F. McNamara Foundation. Email Jen 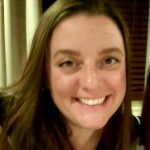 Janet currently works as an electrical engineer and project manager for Jacobsen & Horan Engineering in Ronkonkoma. She works on various medium to large commercial projects ranging from multi-family housing to critical utility infrastructure, and everything in between. She graduated from the State University of New York at Buffalo in 2005 with (2) Bachelor’s degrees. While at SUNY Buffalo, she was also a member and team captain of the Division I girls swimming team. She has continued her passion for swimming through coaching for several USA Swimming Club teams throughout the years. She moved to Blue Point in the summer of 2016 with her husband, Jason, and their daughter, Elaina. Janet and her entire family are heavily involved in local civic organizations. She is currently an active member of the middle school PTA and SEABBS, the school district arts and music booster club. She met Jen McNamara and became familiar with the Johnny Mac Foundation through a local event. Charity and voluntary contribution (both via time and funding) are extremely important to Janet as she believes they are the most fruitful way to locally impact the community and help those in need. She is excited to be on a board of an organization that does so much for the Blue Point community and beyond. Email Janet 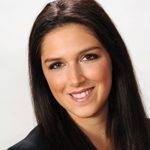 Alyssa Zuckerman is a Partner at the law firm of Lamb & Barnosky, LLP, located in Melville, N.Y., whose practice focuses on representing employers in both the public and private sectors in education, labor and employment law matters. She received her law degree from St. John’s University School of Law and her undergraduate degree from New York University. Alyssa currently serves on the Board of Advisors for the St. John’s Law School’s Center for Labor and Employment Law and is on the Executive Board for the Long Island Pi Beta Phi Fraternity for Women Alumni Club. She is also an active member of the New York State Bar Association, where she serves on the Executive Committee of the Labor and Employment Law Section as Co-Chair of the Membership Committee. In addition to serving with the above organizations, Alyssa volunteers as a coach for the St. John’s American Bar Association Client Counseling Competition team and supports various other charities including No Kid Hungry, the American Cancer Societyand Big Brothers Big Sisters of Long Island. Email Alyssa

Kathleen recently retired as an Elementary Principal in the Mattituck-Cutchogue School District. During her seven years as principal, she worked with a variety of non profit organizations involving children and families on the North Fork. Prior to the Mattituck-Cutchogue School District, she served as an elementary assistant principal in the Bay Shore School District and an elementary teacher in the Connetquot Central School District. Prior to her education career, she worked for Cornell University School of Industrial and Labor Relations and the Long Island Rail Road, both in the areas of human resources and labor relations. Kathleen earned her Doctorate in Educational Leadership from St. John’s University, along with a Masters in Labor and Industrial Relations from New York Institute of Technology and a Bachelor of Arts from Hofstra University. Born and raised in Sayville, Kathleen has lived in Bayport for 36 years with her husband, Ronald Jr. and son, Ronald III. Email Kathlee 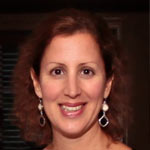 Danielle graduated Pace University and immediately started her career in Financial Planning at The Hearst Corporation. After 7 years and identifying a strength in networking, she transitioned into the world of recruiting. Leveraging her financial experience into contract recruiting positions at the likes of investment banks such as Morgan Stanley, Danielle ending up at staffing powerhouse Robert Half International’s Accountemps division. After leaving the business world to start a family, Danielle combined her networking skills with a passion for promoting – this time for charity. Her then 3-year old son was diagnosed with Cystic Fibrosis, a life-threatening genetic disease with no cure. To this day she, along with her husband, family and friends, tirelessly raise money to find a cure for CF. She also puts her skills to work for other causes within Garden City such as the Children’s Medical Fund, the PTA and the Chamber of Commerce. Born and raised in Brooklyn, NY Danielle currently lives in Florida with her husband Matt. Email Danielle 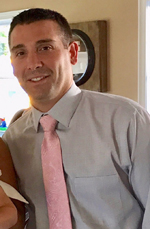 Born and raised in the Bayport-Blue Point area, Mark Massa had always been involved with the Fire Department. He spent 10 years volunteering at the Blue Point Fire Department, where he met and befriended John. Upon deciding to join the FDNY, John played a very important role in Mark’s life. John was a role model and inspiration as he began his career. Mark has been a part of the FDNY for the past 13 years and currently works as a Hazmat Tech at Engine 274 in Flushing, Queens. Mark currently resides in his hometown of Bayport, New York. He is raising his two sons, Luke and Cole with his wife, Kim. Email Mark 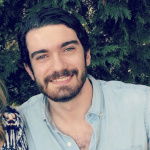 A lifelong resident of Bayport, Ron Devine is currently enrolled in the Molloy School Graduate Program in Secondary Education maintaining a 4.0 grade point average. He is also a graduate of Emerson College with a degree in Film and Media while earning placement on the Dean’s list. Ron is a graduate of the Bayport Blue School District and has volunteered in community activities related to the Chamber of Commerce including assisting with the annual St. Patrick’s Day Parade Committee. He is a parishioner at Our Lady of the Snow Parish and is a member of the Friends of the Bayport Blue Point Library. This past summer Ron volunteered in the annual Johnny Mac Foundation Golf Classic in Hauppauge. 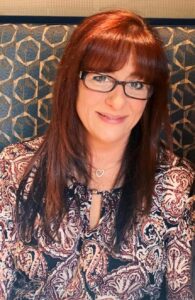 As a native resident of Blue Point, Jenni’s roots are firmly planted in the rich soil of Long Island. She has always gravitated towards helping those in need. After the devastation caused by Hurricane Sandy, Jenni was inspired to give back to others even more. Whether it was something as small as organizing a holiday toy drive, or collecting items for women’s shelters, Jenni has always risen to the occasion. Even during the Covid-19 pandemic Jenni did not waver in her commitment to the community. She organized people online to collect items to make care packages for healthcare workers on the front line and has continued to do so ever since. Alongside these charitable causes, Jenni has spent the last 20 years as a home health aide to a child with special needs. No matter what situation arises, Jenni does Whatever It Takes to get the job done. She is very excited to join the Johnny Mac Foundation and cannot wait to continue to do good things in and out of her community. Email Jenni 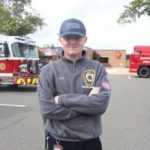 16 year old Jack Garret McNamara is the son of 9/11 first Responder FDNY Firefighter John F. McNamara. Jack continues his father’s mission of assisting 9/11 First Responders and generally engaging in charitable activities. Jack is a Junior at Long Island Lutheran Middle and High School. Jack has been an advocate for support of the Zadroga 9/11 Health and Compensation Act. Jack is a Youth Squad member of Patchogue Ambulance, an Explorer with the Patchogue Fire Department, an Explorer Lieutenant with the Mastic Fire Department and a Junior Deputy Fire Coordinator with Suffolk County Fire Rescue and Emergency Services. Jack is a Long Island Administrator for NYC Fire Wire and is an avid photographer. His photos often appear in Fire News. Jack is also a huge Mets fan, a baseball player, and enjoys snowboarding and travelling. Email Jack

17 year old Connor Jacobs is a close friend of Jack McNamara. Connor is a Junior at William Floyd High School. Connor is a Youth Squad member of the Mastic Beach Ambulance, an Explorer with the Mastic Fire Department and a Photographer. Connors photos appear in 1st Responder News Paper. Email Connor 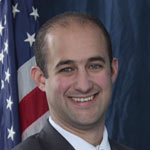 Presiding Officer Rob Calarco was elected to the Suffolk County Legislature in November 2011. In January 2020 his fellow legislators selected him to lead the body as Presiding Officer of the Legislature. Rob has defined himself within the 7th Legislative District as an energetic leader who will deliver solutions to the communities he serves. Rob grew up in Auburn, New York. As the middle son of a first-generation Italian-American employed as a firefighter and a stay-at-home mom who helped support her family as a seamstress, he learned early the values of hard work and respect for all people. Inspired by his father, who served 34 years in the Auburn Fire Department and who lead the effort to unionize the department, and by his grandfather who, as Superintendent of the County Parks Department, helped to lead the restoration of a major county park on Owasco Lake, Rob comes to public service naturally. Rob relocated to Long Island to attend Dowling College in Oakdale where he worked his way through school and earned his Bachelor’s Degree in Political Science. He then earned his Master’s Degree from SUNY Stony Brook in Public Administration. Since then, Rob has spent over ten years working in county government and to date has helped to deliver a number of projects within the 7th Legislative District. Email Rob 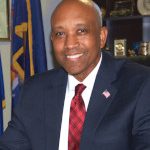 Dr. Errol D. Toulon, Jr. was born and raised in the Bronx, New York. His parents were both New York City employees. His father is a retired Warden from the New York City Department of Correction after 36 years. His mother retired from the Department of Education as a secretary working in the district office over 30 years. Errol attended Immaculate Conception grammar school in the Bronx and Cardinal Hayes, an all boys Catholic High School. During the 1979 and 1980 seasons, Errol served as a batboy for the New York Yankees. He is a retired captain from the New York City Correction Department having worked on Rikers Island for 22 years. During his career, he was assigned as a Captain to the Emergency Service Unit, Correction Academy, Firearms & Tactics Unit and completed his career at the Office of Compliance Consultants. He earned a Bachelor’s in Business Administration from Monroe College; Master’s in Business Administration from Dowling College; Advanced Certificate in Homeland Security Management from Long Island University; and a Doctorate in Educational Administration from Dowling College. Dr. Toulon is currently an adjunct faculty member at Dowling College and a Suffolk County Water Authority Board Member. Email Errol

Contact the Johnny Mac Foundation with any questions using one of the options below.